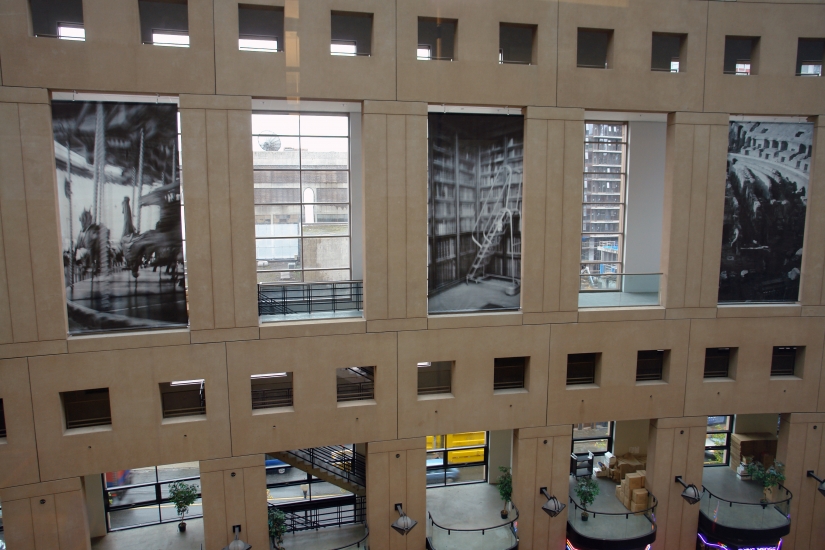 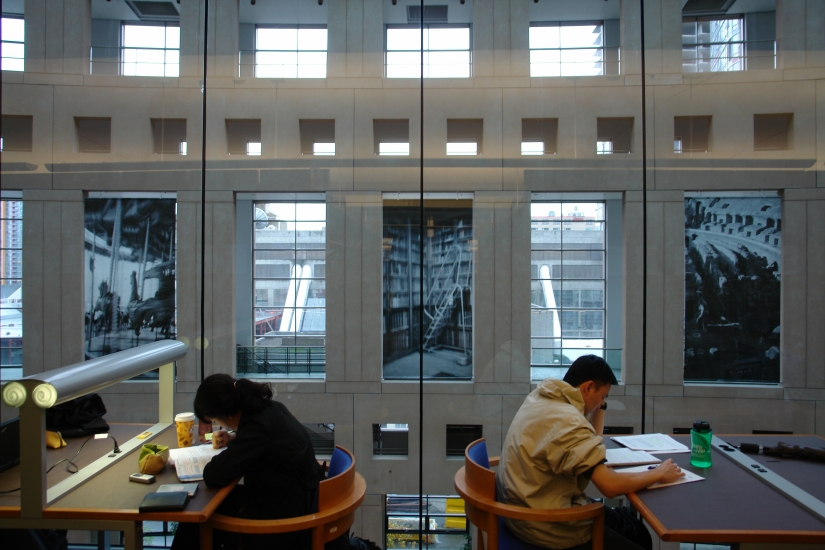 “I have selected three black and white images that, for me, have quite a specific connection to the Vancouver library: the Colosseum in Rome, the library stacks, and as a third element, the moving carousel.  The moving carousel alludes to the passage of time and visually connects to the third image, the circular ruins of the compartmentalized spaces under the original Colosseum’s arena. This way the almost iconographic representation of an old library (as a central image) is “encircled” by the two flanking images, creating a kind of analogical loop about knowledge, and storing, collecting and layering of meaning.”

Ladder of Ascent and Descent is a title (quoted in translation) from Ramon Lull’s Liber de acsensu et decsensu intellectus, ed. of Valencia, 1512, referenced in Frances Yates’s book The Art of Memory, 1974.

The Aperture banners by talented and innovative artists are produced through a partnership of the Vancouver Public Library and the Vancouver Public Art Program. Angela Grauerholz's work for Aperture is part of Memory Palace [3 artists in the library], 2008-2009, curated by Karen Love for the Public Art Program and also supported by Arts Partners in Creative Development, the Canada Council for the Arts, the Government of British Columbia through the BC Arts Council, Vancouver Foundation and the Consulat Général de France.