This exhibition celebrating the 50th anniversary of the Canadian Cultural Centre in Paris brings together 36 new photographic projets by major Canadian contemporary artists, as well 50 special images shared by Canadian and French citizens.

Created during the lockdown, the exhibition show how our vision of the world has changed, through the artists’ images showing current and personal visions of their world, in Canada. A symbolic project produced specifically for France and consciously addressed to the French. The exhibition also pays tribute to the longstanding friendship between Canada and France thanks to images created by the French for Canadians and by Canadians for the French.

“Within European and North American art history, expressions of abstract art—from the early to the mid-20th century—have often been linked to a utopian desire for a universal aesthetic language. Uncommon Language responds to the Eurocentric promise—and presumption—of a single overarching artistic language, through the presentation of artworks that evoke, embrace, complicate and counter the idea of a common vernacular. Loosely grouped into interconnected thematic sections, the works in Uncommon Language employ a range of aesthetic idioms that draw from traditions of abstraction, spirituality and literature, as well as ideas around selfhood and the body.“ 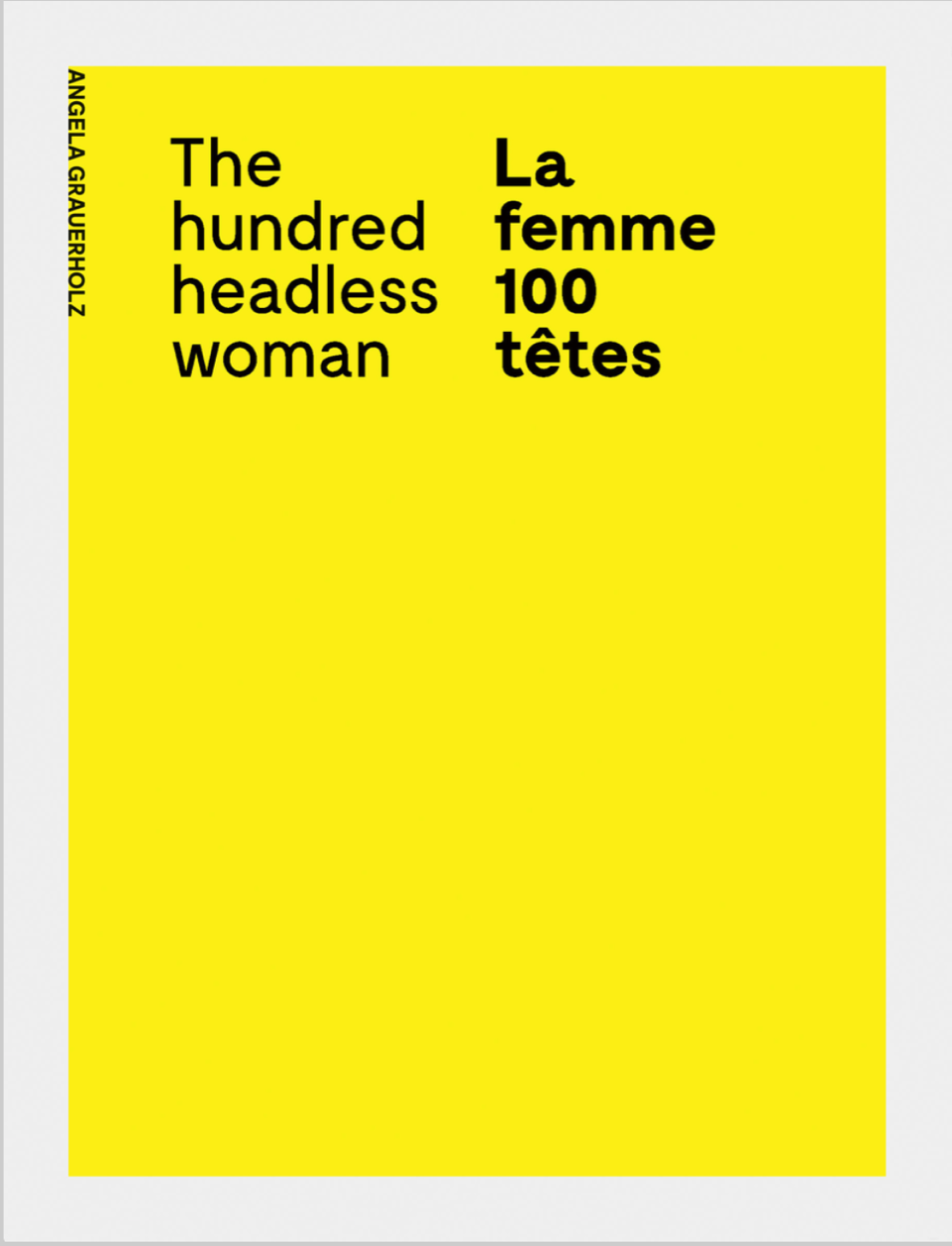 I am hopeful and looking forward to the publication of my version of La femme 100 têtes (The Hundred Headless Woman), a book of observations and portraits of women. It was the title of Max Ernst’s book work that inspired me to cull from my archive of digital negatives pictures of women, as many known and unknown to me, and to assemble them in a book that contemplates the (re-)presentation of women in the private and public realm. Simultaneously the book explores aspects of book making, notions of inspiration, allusions to visual and literary references, and the impact of design elements on the reading of images. One can be preordered the book at Amazon or directly at the publishing house of Steidl, Göttingen.

In waiting my turn to go on press, as part of a long and rich line up of fascinating photo books, I realized that pre-orders may play a role in moving up the ladder. I may be wrong, but if anybody is interested in my book, please do pre-order it, you will not regret it. Left, the cover of the publication, now scheduled for March 2021. 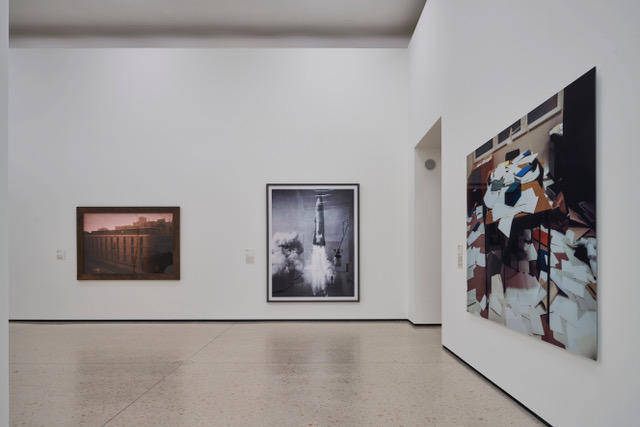 As mentioned before, the Städel Museum in Frankfurt, which recently opened to the public with an exhibition of their collection, entitled Zurück in die Gegenwart. Neue Perspektiven, Neue Werk - Die Sammlung von 1945 bis heute (Back to the Present. New Perspectives, New Works - The Collection from 1945 to Today). I just received word that the new hanging is enjoying many positive comments, and that Hospital (1986), the recently acquired work of mine, is hanging in a room, and I quote: “with very different photographic positions which we have summarized under “New Images - Photography and Painting,” including Thomas Demand, Thomas Ruff, Wolfgang Tillmans, Andreas Gursky, Jeff Wall, Rodney Graham, Axel Hütte and your work.“
I am in good company! 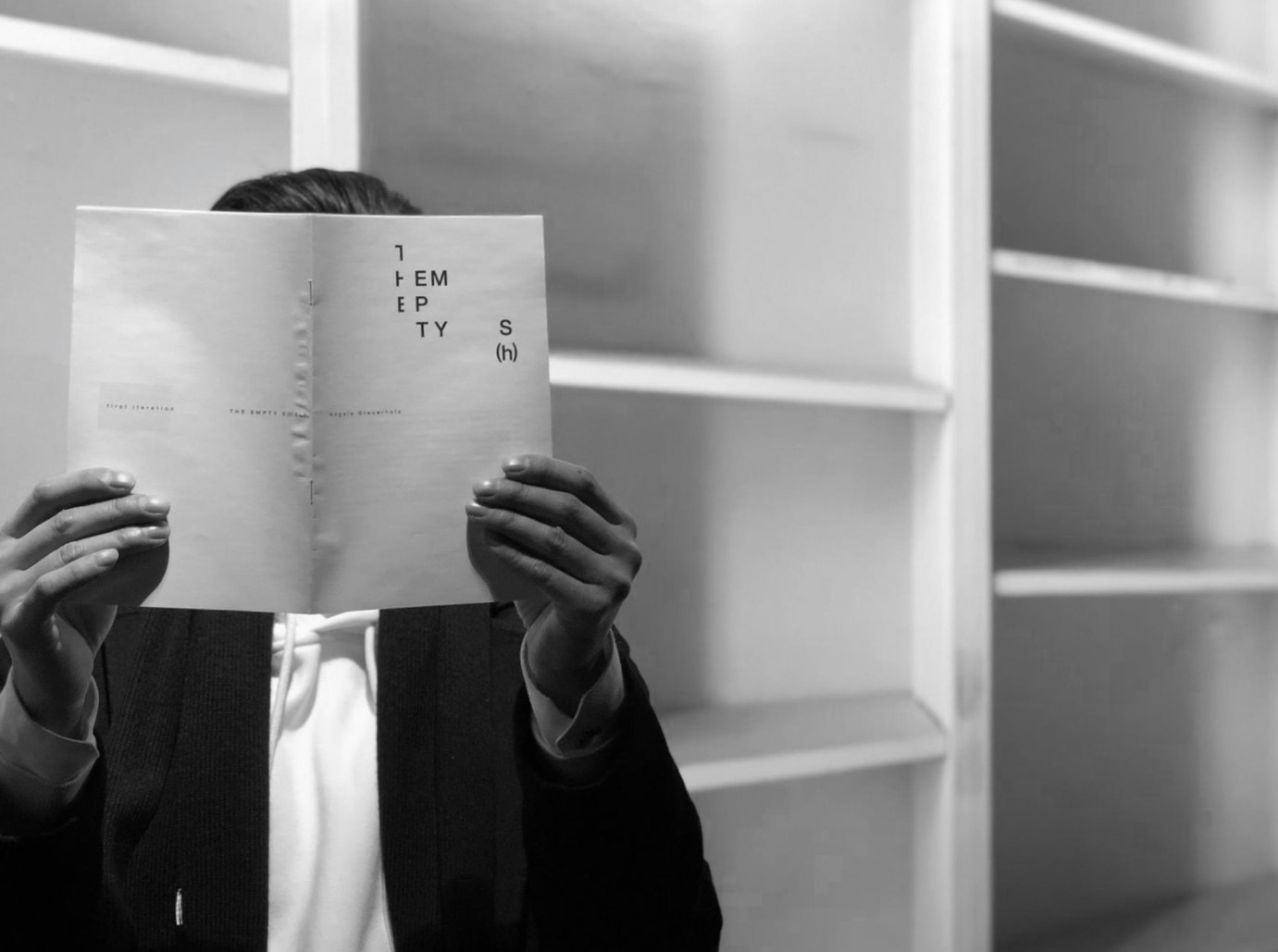 Due to the pandemic that has effected all of us in so many ways, I am taking a small hiatus from the work on The Empty S(h)elf to take some distance and do some textual and typographical experimentations with new software, as well as add a different photographic component while continuing to work on the video with Réjean Myette. I also need to find a new venue for the next iteration, which proves to be more difficult than anticipated.